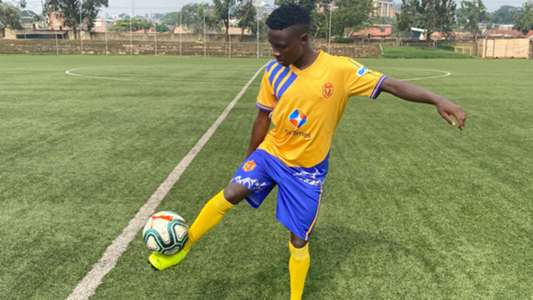 The Federation of Uganda Football Associations (Fufa) and Andrew Kawooya’s further have sided with KCCA FC against Vipers SC’s objection over the midfielder’s move.

Kawooya joined KCCA from Vipers in a four-year deal but the move has been contested by the league champions, who vowed to seek Fufa’s intervention over the matter.

“The laws allow young players to move on after the season ends and by the time Vipers brought their contract on Monday, KCCA had tabled theirs a week earlier.”

Vipers’ director Harunah Kyobe has vowed the club will fight against the deal even though they know how controversial Kawooya’s father can be.

“It was a tug of war getting Kawooya from Dynamic School to join St Mary’s Kitende in 2018 so we carefully let him sign a special binding contract that will help in this scenario because his parents also consented to it,” said Kyobe.

“I blame Fufa in all this because they never contacted us when they saw we have rejected the transfer application in our system. Yes, we know the boy’s dad is controversial but we are not giving up yet.”

The minor’s father, Henry Kasule, said his son was playing for the school team and not Vipers so the club has no reason to object to the transfer.

“The truth is that I sent my son to Kitende [St Mary’s Secondary School] to study and that is where he has been studying,” said Kasule as was quoted by Sports Nation.

“He has been playing football but at school level which I have no problem with because it’s part of the school programme but not for Vipers.

“But at the beginning of this month, I got in touch with KCCA officials who showed interest in the services of my son, we reached an agreement and signed for the boy to join KCCA.

“I have also heard the rumours claiming I signed a contract with Vipers, the agreement we have is for the boy to study at Kitende after when he left Dynamic Secondary School. We never agreed anywhere that the boy should join Vipers.

“So, what I know is that he is a student of St Mary’s, Kitende and he plays for the school team.”

“Players under the age of 18 may not sign a professional player contract for a term longer than three years. Any clause referring to a longer period shall not be recognised.”

Kawooya was unveiled by KCCA alongside Moses Kalanzi on Sunday.