Arsenal travelled to Norway on Thursday evening for a Europa League clash with Molde.

The Gunners headed into the knowing a victory would secure their spot in the 2020/21 Europa League knockout stages.

And when 90 minutes were said and done, a win is exactly what the Gunners managed.

The first 45 was rather drab, with neither outfit carving out too many clear-cut chances.

In the second half, though, Arsenal were able to break down the resilient Norwegians.

Joe Willock whipped a lofted ball across the Molde box just five minutes into the second 45. Nicolas Pepe picked up said ball before curling a sensational effort past Andrea Linde.

Said goal will have no doubt pleased all involved with Arsenal, especially Pepe, who found himself in hot water after his pretty stupid red card vs Leeds over the weekend.

The Ivorian, though, after issuing an apology earlier this week, responded brilliantly on Thursday.

A great response from Arsenal’s record signing and a great finish to boot. #UEL pic.twitter.com/vWWVG1iVAK

Reiss Nelson then added the Gunners second of the day 55 minutes before youngster Folarin Balogun came off the bench to make it 3-0 and secure the win 82 minutes in.

81:25: Folarin Balogun comes off the bench

Instant impact for the 19-year-old. pic.twitter.com/4fXgyHeTs3

The only negative on an otherwise positive evening for the north Londoners came on the injury front.

David Luiz would go down and require treatment midway through the first half vs Molde.

And the Brazilian, though he attempted to carry on, seemingly couldn’t deal with the issue and was subbed off at the break:

Injury for Luiz. Holding on.

The boys prepare for Molde | Behind the scenes at Arsenal training 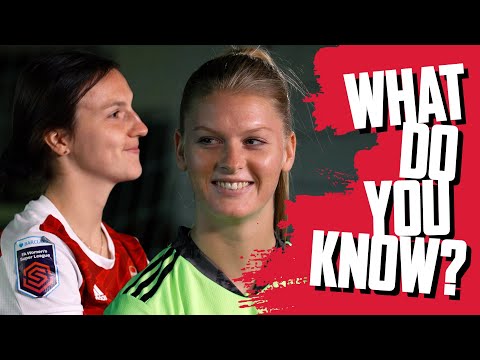 ‘The loser buys the coffee!’ | Lotte Wubben-Moy vs Fran Stenson | What Do You Know?