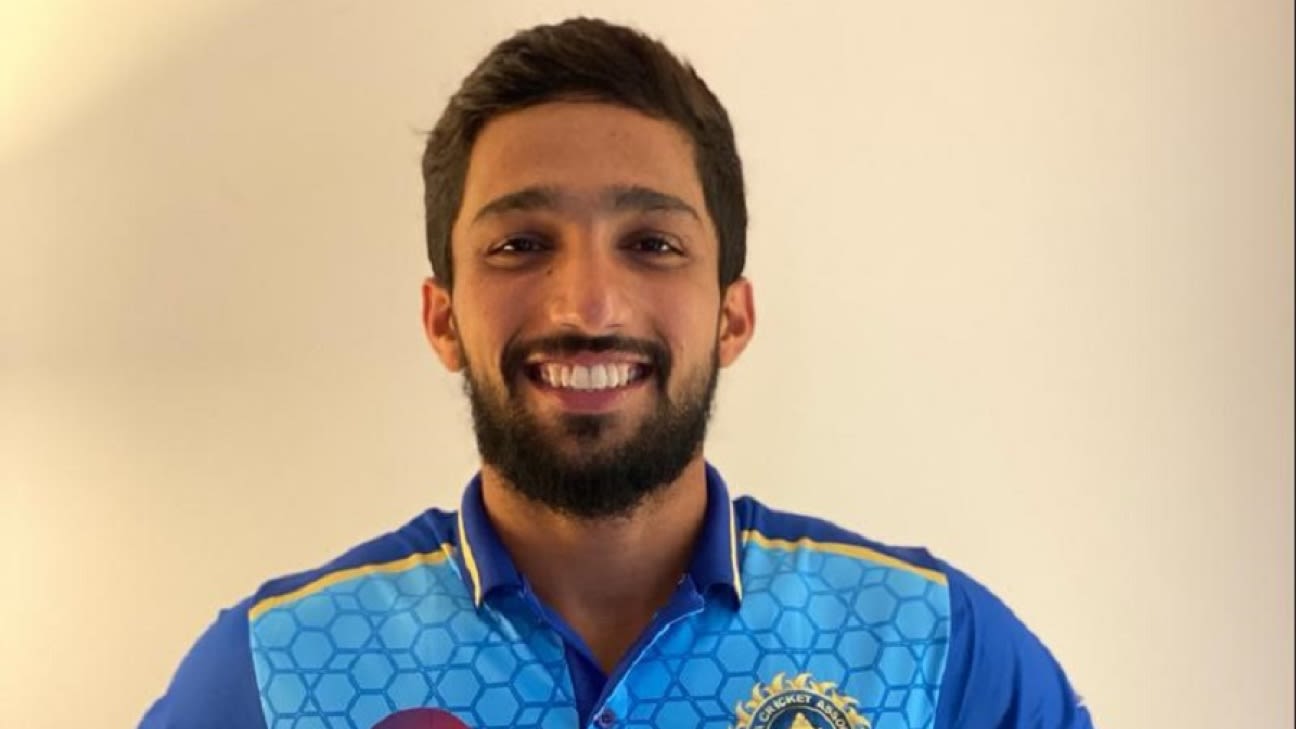 Kerala’s Mohammed Azharuddeen smashed the second-fastest century in the Syed Mushtaq Ali, India’s domestic T20 tournament, getting to the mark in 37 balls against a Mumbai attack led by Dhawal Kulkarni. He missed the Rishabh Pant’s record by five balls but it was still the joint-third-fastest T20 century by an Indian, the first hundred by a Kerala batsman in the Syed Mushtaq Ali Trophy, and sealed their highest-ever chase in the tournament as Kerala registered their first win against Mumbai in any format.

Kerala were chasing 197 after 40s from Yashasvi Jaiswal and Aditya Tare and handy cameos from Suryakumar Yadav and Shivam Dube. Azharuddeen started the innings with Robin Uthappa, who was sedate only in comparison, and the two put on 129 runs in 9.3 overs before Uthappa a 23-ball 33. Soon after, Azharuddeen got to his century off left-arm spinner Atharva Ankolekar. Rishabh Pant’s record of the fastest hundred – off 32 balls – in the Syed Mushtaq Ali Trophy though was never really under threat.

Azharuddeen, the 26-year-old, got off the mark off the third ball of the innings – his first – with a boundary off Kulkarni, and took a special liking to Tushar Deshpande, the other new-ball bowler. In the second over of the innings, bowled by Deshpande, Azharuddeen hit one six and two fours as 20 runs were scored. Deshpande went off the attack but returned in the sixth, and Azharuddeen hit him for two fours and two sixes as the over went for 23, taking his score to 65 at the end of the powerplay.

The most noteworthy aspect of Azharuddeen’s innings was his pull shots, but he did play more than a few pleasing drives too, and found his runs off Ankolekar and Shams Mulani primarily in the V, even as he slapped the experienced Kulkarni over his head for two sixes, both off the back foot.

The record for the quickest T20 century is in the name of Chris Gayle – he got to the mark off just 30 balls when he hit 175 not out off 66 balls for the Royal Challengers Bangalore against the Pune Warriors India in IPL 2013. Then comes Pant’s effort. Rohit Sharma’s 35-ball ton against Sri Lanka in a T20I ranks second among Indians, while Azharuddeen has pulled level with Yusuf Pathan, who hit a 37-ball century for the Rajasthan Royals against the Mumbai Indians in IPL 2010.

Azharuddeen has never featured in the IPL before, but this century is a timely step in that direction, given the IPL 2021 auction is scheduled for February.