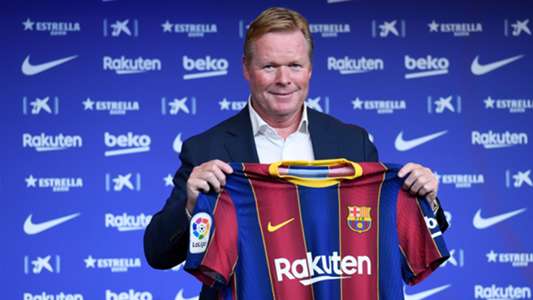 Virgil van Dijk says that he was “disappointed” to see Ronald Koeman take over at Barcelona although he understands why the now-former Netherlands national team boss wanted to coach the Spanish giants.

Koeman was recently announced as Quique Setien’s replacement at Barca after the Spanish boss was dismissed following the club’s 8-2 Champions League beating at the hands of Bayern Munich.

The Dutchman, a former Barca defender, had to leave his post as Netherlands boss after previous reports confirmed his intention to manage through Euro 2020.

But, after the tournament was postponed due to the coronavirus, Koeman opted to accept the opportunity to coach Barca, leaving the Dutch team in the process.

And Van Dijk says he understands why Koeman made that decision and added that he was happy for the Barca boss.

“We are all disappointed to see such a great national team coach leave, but we give him this wholeheartedly,” Van Dijk said.

“You can ask each player in the squad piece by piece, everyone will have that feeling. This was his big dream.

“This time in which we live, the corona time with all the uncertainty that comes with it, the European Championship that will not take place with one hundred per cent with certainty, if such an opportunity comes along, I can understand it.”

Van Dijk also revealed that Koeman called him to inform him of his decision before putting pen to paper on his contract with Barcelona.

And the Liverpool star said that he did not try to talk Koeman out of leaving as he understood the situation from the start.

“I didn’t try to persuade him to stay then. It was of course also coming for a while. Nobody expected it to have happened so quickly, but we are very happy for him. Now we have to move on.”

The Netherlands are being managed by interim boss Dwight Lodeweges for Nations League matches against Poland and Italy.

Lodeweges had been an assistant for the Netherlands since 2018, and he too gave Koeman his blessing as he prepares for his first match in charge.

“You know how it works in the football world. He has turned down Barcelona twice. If he then gets a third chance, then you just give him that,” he said.

“For us, it is a shame, we were of course not happy that he left, but we certainly give it to Ronald.”