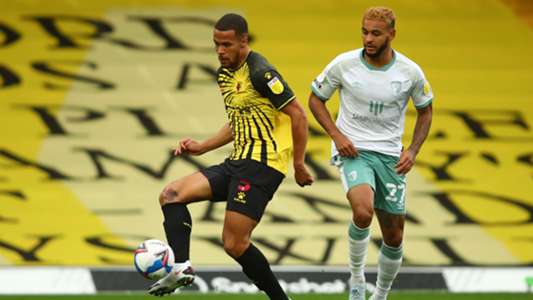 Unbeaten in their last four games, the Hornets went to Oakwell, saw and were caged thanks to a sixth-minute effort from captain Alex Mowatt.

The first half was a tough watch for Vladimir Ivic’s men as they were unable to find their passing range, especially when playing from their own half.

As the game was still gathering momentum, the hosts pounced on a slack pass from Ben Wilmot to Etienne Capoue and Mowatt exploited that to rattle home from 20 yards which left goalkeeper Ben Foster with no chance.

Few minutes later, the Reds put together another fine move as Mowatt fired a fine cross-field ball to Conor Chaplin, who found Dominik Frieser on the edge of the box, nevertheless the Austrian fired over the crossbar.

Ivic’s Hornets reassembled before the interval, albeit, they were unable to find a way through a dogged Barnsley backline as the hosts went into the half-time break with a slim lead.

Watford appeared more adventurous after the restart and were presented a glorious chance to level in the 58th minute. Ismaila Sarr darted past Oduor before unleashing a low ball across the box, but Tom Cleverly blazed wide unmarked from six-yards out.

Minutes later, Ben Wilmot headed narrowly over the bar from a corner as Watford continued to probe.

Even with the introduction of Andre Gray and Will Hughes for the visitors, the Reds held on for their second win of the 2020-21 campaign.

Nigeria’s Troost-Ekong was handed his fourth start, however, he was substituted for Andre Gray in the 76th minute. The former Udinese defensive stalwart was cautioned by referee Matt Donohue in the third minute. For Senegal’s Sarr, he was in action from start to finish.

Kenya‘s Oduor was brought in for Callum Brittain in the 46th minute while Angola international winger Elliot Simoes and Nigeria’s Victor Adeboyejo were not dressed for action.

With this result, Watford dropped to sixth in the log after garnering 15 points from nine games. They would be hoping to return to winning ways when they host Stoke City on November 11. Barnsley, who are currently ranked 15th are guests of Cardiff City on November 3.