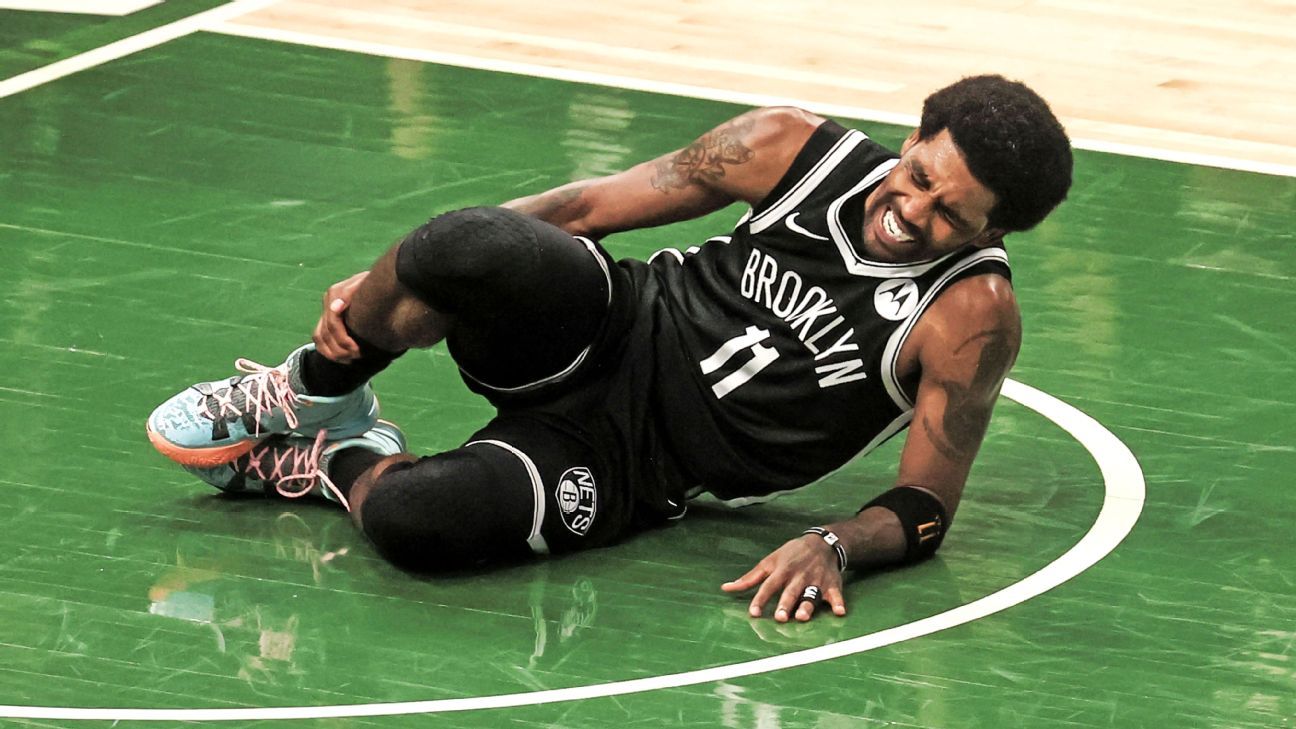 Nets guard Kyrie Irving exited Game 4 of Brooklyn’s Eastern Conference semifinal series against the Milwaukee Bucks on Sunday with a sprained right ankle and did not return.

X-rays were negative, coach Steve Nash said afterward. Irving will undergo further testing and treatment. No timetable was given for his return.

Irving was injured with 6:04 left in the second quarter when he landed awkwardly on Giannis Antetokounmpo‘s foot after making a layup over Jrue Holiday. Irving remained on the ground for several minutes as Nash and the team’s trainers attended to him.

Irving walked to the locker room without assistance, but was limping.

The Nets are already without point guard James Harden, who has been sidelined since June 5 with a right hamstring strain.