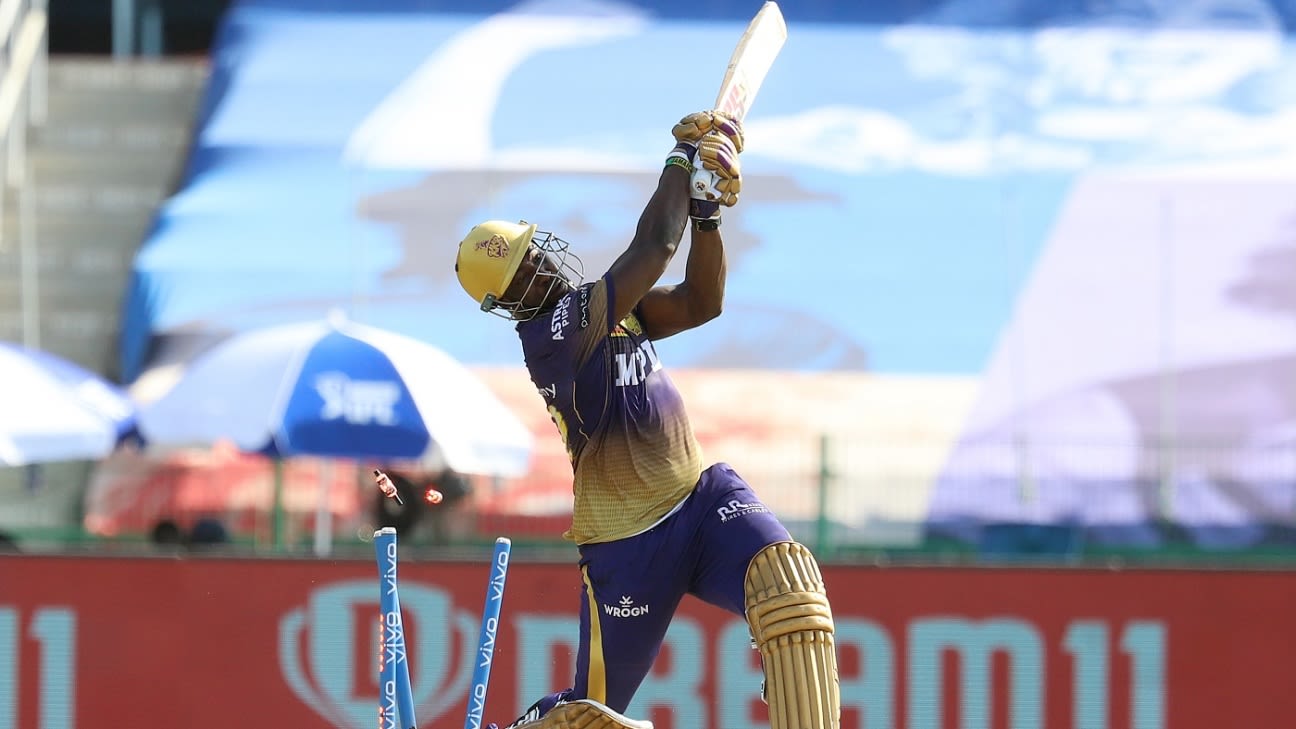 Early indications are that Kolkata Knight Riders’ allrounder Andre Russell may have picked up a hamstring niggle following his exertions in the game against the Chennai Super Kings on Sunday.

It was the 17th over of the chase. Russell, who has had ongoing issues with that leg – particularly the knee – for a few seasons, completed an athletic save on the midwicket boundary and flung himself off the field in frustration the moment he released the ball. The Knight Riders knew even then that they had a problem on their hands, but the exact nature of it is yet to be determined.

“It’s still too early to tell,” David Hussey, who is with the team as a mentor, said at the post-match press conference. “He said he felt something pop in his leg, his hamstring. We’ve got the best medical staff in the business so they’ll tend to him and hopefully it’s nothing too serious, because he’s a key part of our team. He’s been playing very very nicely with the bat, the ball, and in the field. So hopefully nothing too serious and he can come back and light the competition up like we know Andre Russell can do.”

Russell was due to bowl the 19th over of the Super Kings’ chase, which was getting very very tight. But then the injury struck, forcing him off the field for the second time in the match, and suddenly Knight Riders had to look for other options. They settled on Prasidh Krishna, who was taken for a game-changing 22 runs.

“Of course when Andre went off the park he had one over to go,” Hussey said. “Was he gonna bowl? No one really knows. He bowled particularly well up front, so he probably was going to bowl the 19th over. PK [Prasidh] has been an amazing death bowler for us throughout this tournament, over the last two games. So yeah, he’s definitely in our plans to bowl. Unfortunately he got beaten by a better player today in [Ravindra] Jadeja. But I’m sure, knowing PK, that’s he going to bounce back and become the world class bowler that he actually is.”

Varun Shetty is a sub-editor at ESPNcricinfo

These 3 Workouts Will Work Your Muscles Hard, and You Can Do Them *Live* This Week
NBA opening week: Making sense of the NBA’s rough rookie debuts
Solskjaer time running out after Liverpool humiliation
Baker eyes TNF; Browns hope QB avoids surgery
Get Stronger Every Day With This 4-Week, 100-Burpee Challenge