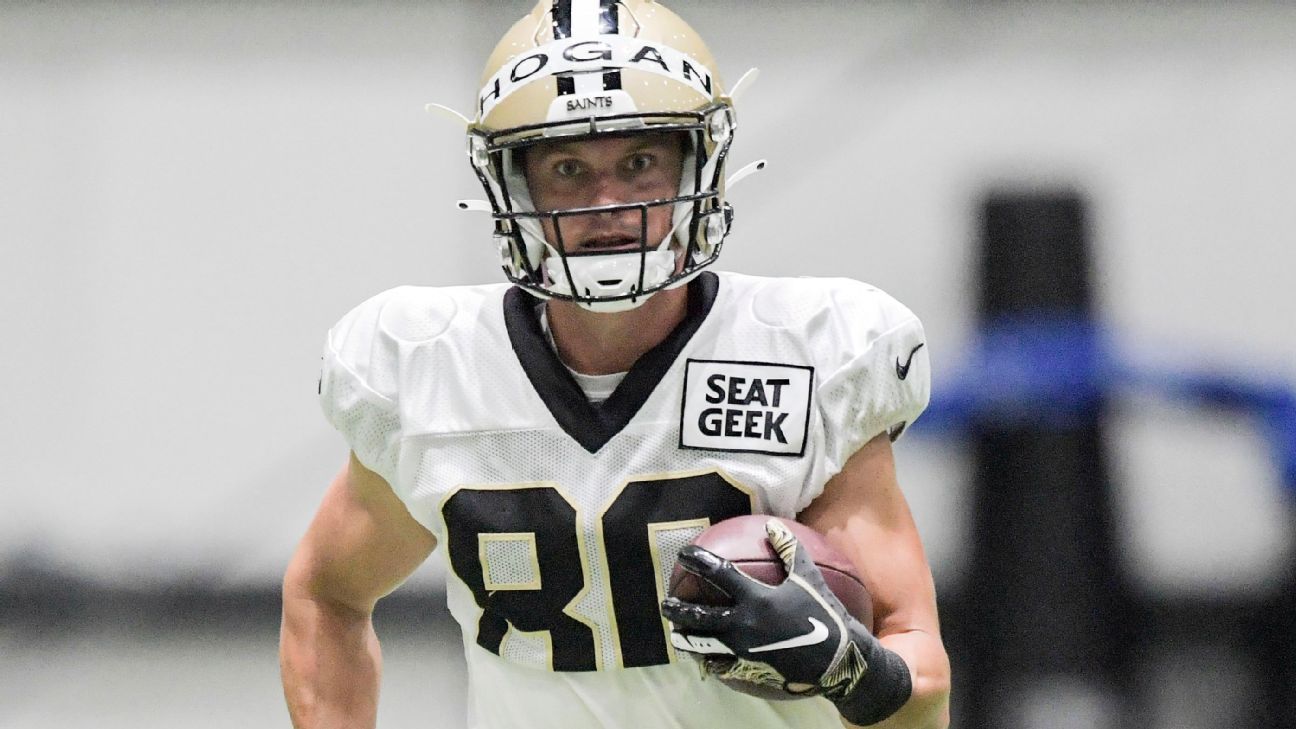 METAIRIE, La. — After a brief return to the NFL this season with the New Orleans Saints, receiver Chris Hogan decided to retire.

The 10-year veteran, who won two Super Bowls with the New England Patriots earlier in his career, was officially placed on the reserve/retired list Saturday.

Hogan had already flirted with retirement earlier this year, when he actually switched careers and joined the Premier Lacrosse League. But the Saints lured him back in late July, and he earned a roster spot with the team – catching four passes for 41 yards and a touchdown in five games.

It’s unclear exactly why Hogan decided to retire. He was not dealing with any known injuries. But the Saints have added depth to their receiving corps in recent weeks. They signed veteran Kenny Stills last month and designated veteran Tre’Quan Smith to return from injured reserve this week. All-Pro receiver Michael Thomas could also return soon, though he has not yet begun practicing after having ankle surgery in June.

Hogan (6-foot-1, 210 pounds) began his career as an undrafted free agent with the San Francisco 49ers in 2011 and bounced around from San Francisco to the New York Giants to the Buffalo Bills before finally making his NFL debut in December 2012 and catching his first pass in 2013. He then played for the Bills until 2015 before spending three seasons in New England from 2016-2018 and winning two championships. He also spent one year each with the Carolina Panthers and New York Jets in 2019 and 2020.

Hogan caught a total of 220 passes for 2,836 yards and 19 touchdowns in the regular season, plus another 34 catches for 542 yards and four TDs in the playoffs.