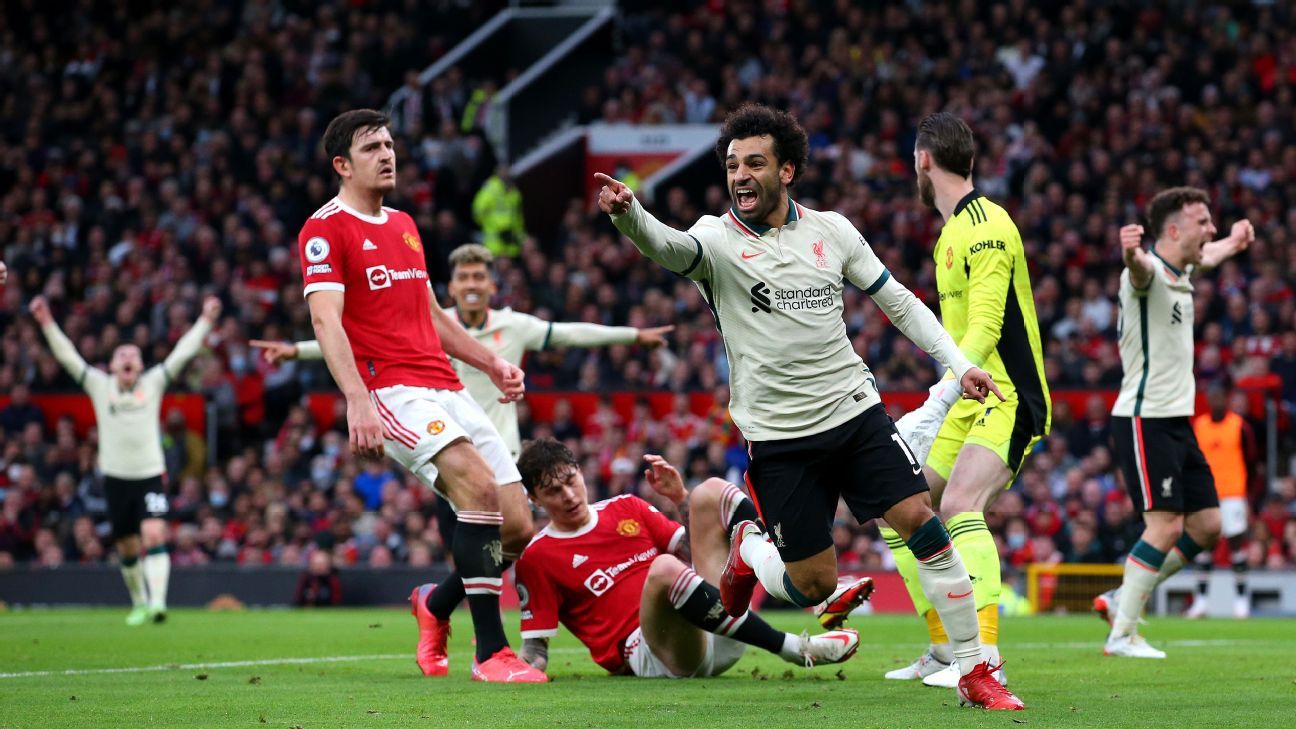 The Egypt international came into the match on 103 — one behind former Chelsea forward Didier Drogba — but has now overtaken the Ivory Coast legend with a tally of 106.

With Liverpool 2-0 up at Old Trafford, Salah netted his first on 38 minutes to equal Drogba’s tally before overtaking it with almost the final kick of the first half to put his side 4-0 ahead.

He added a fifth on 50 minutes and, in doing so, became the first visiting player to score a hat trick at Old Trafford in Premier League history.

Salah scored one goal in 13 appearances while at Chelsea in 2014, but the rest have come since he returned to English football to sign for Liverpool in 2017.

He won the Premier League Golden Boot with a single-season record of 32 in his first full campaign in the league in 2017-18 and was the joint leading marksman 12 months later.

Salah helped Liverpool win their first Premier League title in 2019-20 when they ended a run of 30 years without being crowned champions of England.

Salah, 29, has some way to go catch former Blackburn Rovers and Newcastle United forward Alan Shearer, who is the Premier League’s all-time leading marksman on 260, while ex-Manchester City frontman Sergio Aguero is the top-scoring non-European with 184.

Salah’s Liverpool teammate Sadio Mane is the next highest-scoring African player with 100 goals, which includes 21 from his time at Southampton.

Grading Mets’ Black Friday binge: What will Starling Marte’s impact be?
COVID-19: Men’s Barbarians match called off
From Michigan winning The Game to Bedlam living up to its name, Rivalry Week had it all
Tiger OK with ‘reality’ he won’t be same player
Nets’ Harris has ankle surgery, out 4-8 weeks