Manchester United’s supporters have taken to Twitter in numbers on Sunday evening, to take aim at club captain Harry Maguire.

The Red Devils were of course back in action earlier today.

Unfortunately for United, however, such hopes were quickly brought to an end by an absolutely rampant Liverpool outfit.

Owing to a Mohamed Salah hat-trick, and further strikes on the part of Naby Keita and Diogo Jota, the visitors ultimately departed Manchester with all three points courtesy of a dominant 5-0 victory.

Mo Salah has written his name in history yet again 🤯

The first Liverpool hat-trick at Old Trafford since November 1936.

Man United go 5-0 down in the second half.

In turn, in the aftermath of Sunday’s marquee clash, it should come as little surprise to hear of a whole host of Manchester United’s stars being singled out for criticism.

As alluded to above, though, condemnation of one such individual did not come due to his latest efforts on the pitch.

The player in question? Harry Maguire.

Speaking in his post-match interview this evening, stopper Maguire was not shy in letting his emotions show, speaking from the heart regarding another difficult day in the history of such a great club.

One comment in particular put forth by the Red Devils captain, however, has since caused quite a star amongst the United faithful:

‘I’m here because I have to be here’, Maguire explained, presumably in reference to taking his place in front of the media in the game’s aftermath:

“I’m here because I have to be here.” 😳 pic.twitter.com/WNYzXSBXJn

Whatever the context, though, the statement has since gone down like a lead balloon, with just some of the enraged social media reaction showcased below:

After having a bit of time to digest, watching the game, post match interviews…
Maguire’s interview was ridiculous, I’m only here because I have to be ?
Show some fight, don’t act like a coward… no excuses for today but moving forward our actions will speak louder than words👊🏻

Worst captain in the history of the club. Isn’t even worth £10m

I have to say that @HarryMaguire93 post match interview was about the weakest I’ve ever seen. Embarrassing from a club captain 😳 “I’m here because I have to be here” #ManUtd #ManchesterUnited pic.twitter.com/C0iGTMaiQu

what a disgrace by Harry Maguire to say ‘I’m here because I have to be here’. I’m stunned. Absolute shambles this club is in man. The work ole has done is slowly crumbling away. He needs to resign asap.

And now on that note, I’m actually going to bed👍🏼

Still not over that shite excuse of a post-match interview by @HarryMaguire93. ‘I’m here because I have to be here’. What an utter shithouse.

Maguire in his interview saying “I’m here because I have to be here” he’s the captain of man utd.. that’s just embarrassing. He’s not a leader at all, never takes any responsibility and can’t organise his defence

Did Maguire really said “I’m here because I have to be here” in his post-match interview?

Have Mohamed Salah and co. put final nail in Solskjaer’s coffin & 5 things we learned from Liverpool’s downing of Man United 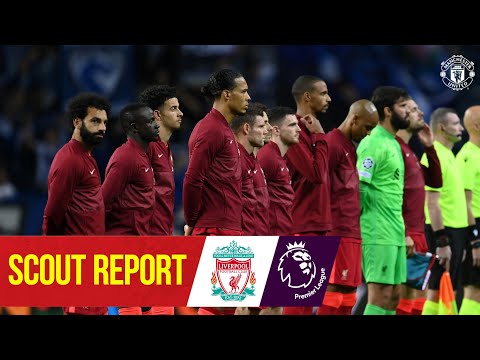