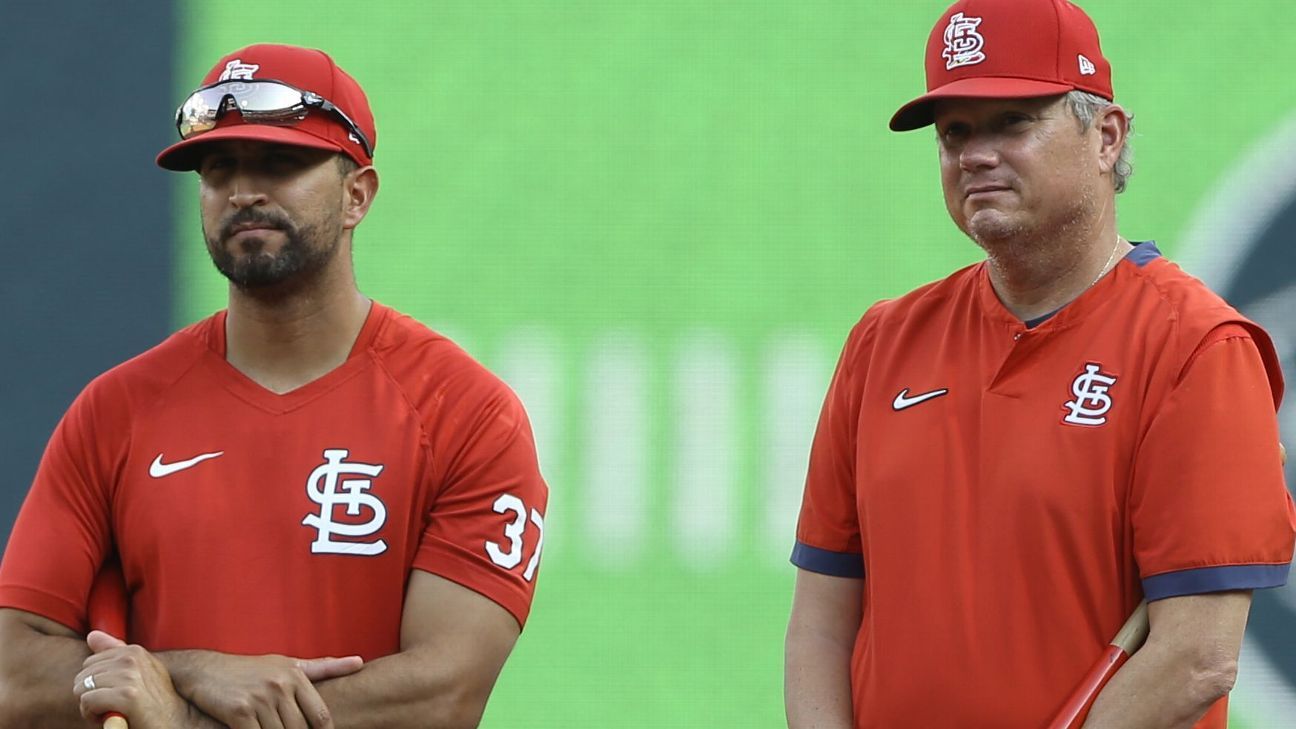 Marmol, 35, served as St. Louis’ bench coach last season and is extremely well regarded within the organization. He was the favorite from the start of the search, and is well immersed in the culture of the organization, having worked his way up since being drafted by St. Louis in 2007.

Despite a team-record 17-game winning streak that carried St. Louis to an MLB wild-card berth, Mike Shildt was fired as manager earlier this month, following the team’s playoff loss to the Los Angeles Dodgers.

Cardinals president of baseball operations John Mozeliak cited “philosophical differences” to explain Shildt’s dismissal at the time. He declined to expand on those differences, saying the move was “something that popped up recently.”

Mozeliak noted that Shildt was heading into the final year of his contract but said that wasn’t the sole reason for parting ways. Shildt had signed a three-year extension after the 2019 season.

“All I can say is where we felt the team was going, we were struggling to get on the same page,” Mozeliak said. “With him having one year remaining on his contract, we could have gone into 2022 having that over him, and we just decided that internally it would be best to separate now and take a fresh look as we head into a new season.”

At the time of the dismissal, Mozeliak declined to discuss possible replacements but said there were plenty of internal candidates. Enter Marmol, who was named the Cardinals’ first base coach in 2015 before taking over as bench coach in 2019.

“As I said before, 2021 was a real success and something that, for all of us that were part of the organization, we take tremendous pride in,” Mozeliak said at the time. “Any time you go on a 17-game winning streak and actually create history for your organization, it’s something you take enormous pride in. A lot of times these decisions aren’t based just on the season. More to the point, it’s directionally where we want to go.”

The Athletic first reported the Cardinals’ decision on Sunday. The team will have a news conference on Monday at 11 a.m. ET.

The questions Tiger Woods answered and the questions that still don’t have answers
NHL Power Rankings: 1-32 poll, plus the player who must step up for every team
PSG’s Messi wins record seventh Ballon d’Or
Transfer Talk: Man City want Real’s Benzema to solve striker issue
What Is the 75Hard Challenge You Keep Hearing About?