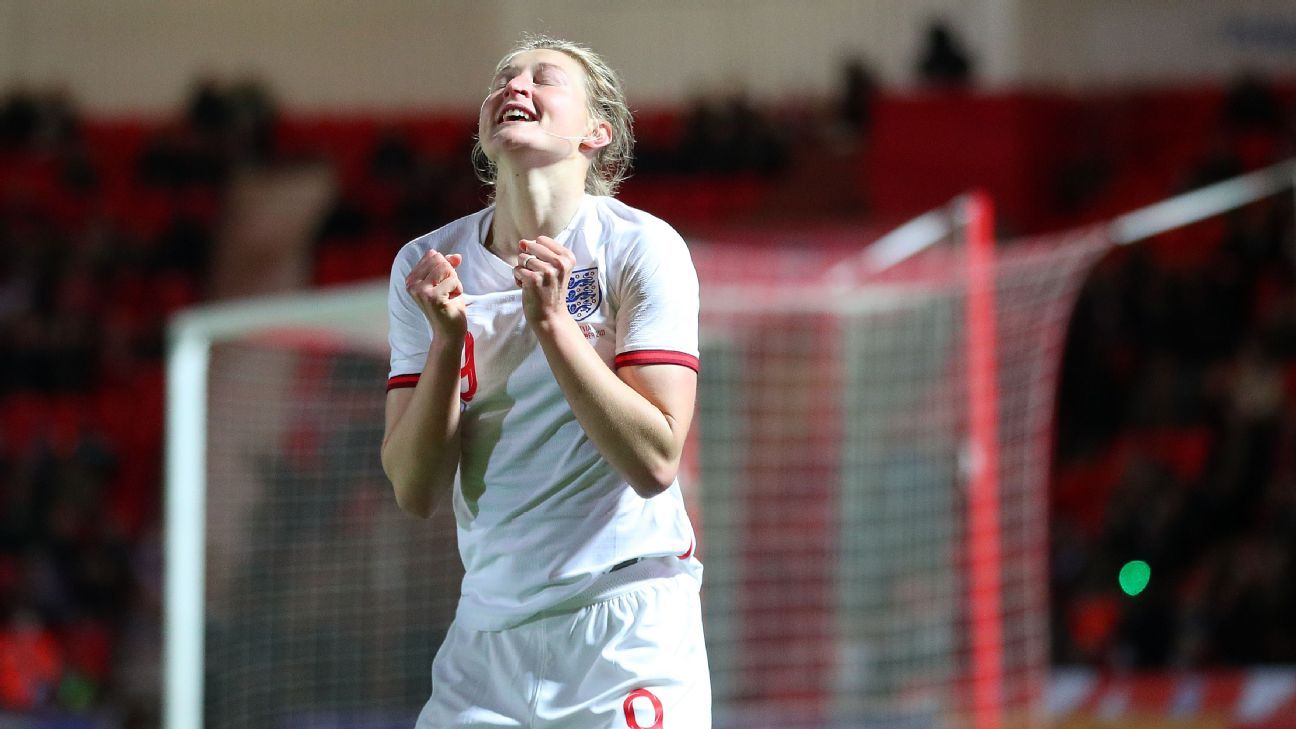 Ellen White has broken the all-time goalscoring record for England with a hat trick in a 20-0 win against Latvia — a record number of goals for an English national team — in their World Cup qualifier on Tuesday.

The Manchester City striker now has 48 international goals, surpassing Kelly Smith’s record of 46, while the Lionesses smashed the previous record of 13 tallies in a single game.

White scored twice inside of 10 minutes to break the record and Beth Mead added a pair of goals either side of her teammate’s as England took a 4-0 lead before the quarter-hour mark.

Mead completed her hat trick in the 23rd minute, while Lauren May Hemp added a pair of goals and Ella Toone struck late in the first half as England took a 8-0 lead into the break.

England picked up where they left off in the second half as White netted her third soon after the restart to pad her record-breaking day with a hat trick.

Georgia Stanway scored from the penalty spot, before Jessica Carter and Bethany England netted goals of their own to stretch England’s lead to 12-0.

Jill Scott, Alessia Russo — with a hat trick — and Jordan Nobbs all scored as the second half progressed to see England to the final scoreline.

England’s men’s team scored 13 goals against Ireland in 1882, while the women’s side did the same against Hungary in 2005, but those records were shattered on Tuesday night.

White scored on her England debut in 2010 and made her 100th appearance for the national team against Austria on Saturday.

The 32-year-old scored six goals at the 2019 World Cup, sharing the tournament’s Golden Boot award with United States forwards Alex Morgan and Megan Rapinoe, and was also shortlisted for the 2021 Ballon d’Or.

The striker has represented England at three World Cups, also scoring in the 2011 tournament in Germany.

She also scored six times for Great Britain at the Tokyo Olympic this summer and was named as England’s player of the year for 2020-21. It was the third time she had won the award, after also receiving the prize in 2011 and 2018.